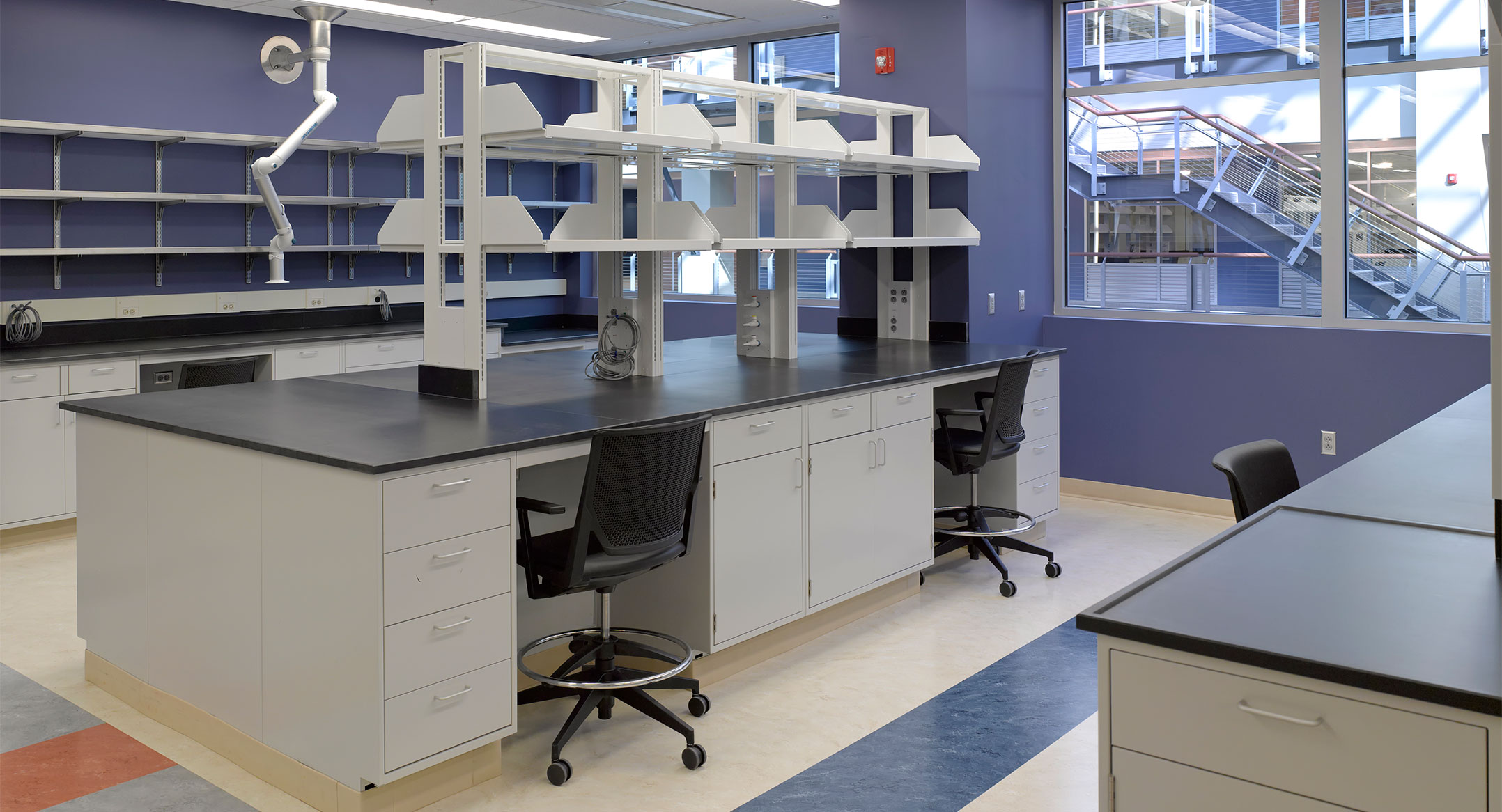 Biotech Place is Wake Forest Baptist’s newest research facility and its sixth building in the growing Piedmont Triad Research Park (PTRP), a large section on the eastern edge of downtown that has seen low utilization for decades. The premier facility is located at the corner of Fifth Street and North Patterson Avenue and is comprised of two completely restored former tobacco facilities once owned by R.J. Reynolds Tobacco Co. and donated by the tobacco giant to PTRP. Baltimore-based Wexford Science & Technology, LLC, completed the careful restoration and retrofitting of the buildings, creating a unique structure in only 18 months at a cost of more than $100 million, making Wake Forest Biotech Place the largest capital investment for a construction project in the history of downtown Winston-Salem.

“The opening of this modern, high-tech research and innovation center represents a major milestone in Wake Forest Baptist’s development and growth of a new biotechnology-based economy in Winston-Salem designed for the 21st century,” said John D. McConnell, chief executive officer of Wake Forest Baptist Medical Center. “We are heralding a new era of social and economic progress for current and future generations that will bring new jobs, new businesses, and medical breakthroughs to the people of Winston-Salem, Forsyth County, North Carolina and beyond.”

To create the modern biotech research and innovation center, the two former tobacco buildings were gutted and stripped to the basic structure on the interior and then refitted with all new mechanical, HVAC, electrical systems, fire protection, and vertical transportation systems to bring them up to current commercial code standards. The world class facility incorporates green technology and follows the principles of Leadership in Energy and Design (LEED).

The new Wake Forest Biotech Place features a 7,500 square foot glass atrium that illuminates the building’s center, is five stories tall on the south side and three stories high on the north side. The south end of the building was originally constructed in 1937 and features a distinctive glass block exterior that was painstakingly restored. The northern end of the building has a brick facade and was completed in 1962.

The redevelopment was made possible through the North Carolina Mill Rehabilitation Tax Credits program and the federal New Market and Historic Tax Credits program. “This is a very effective tool for sustainable redevelopment and provides considerable benefits to the local economy while enabling the preservation of a former manufacturing area in downtown Winston Salem,” said Doug Edgeton, president, Piedmont Triad Research Park. “The new facility is a wonderful example of the benefits of public-private partnerships designed to breathe new life into once blighted areas.” To that end, in 2010, Blue Cross Blue Shield of North Carolina invested in the project, using the Mill Tax Credit program.

Wake Forest Baptist is the building’s largest tenant. The first floor/basement consists of a pedestrian entrance, space for a cafe, Allegacy Federal Credit Union, office space to house the Childress Institute for Pediatric Trauma, business accelerator space, and the Department of Biomedical Engineering and their associated research labs. The second floor serves as the main entrance/lobby and houses the Departments of Biochemistry and Microbiology and Immunology. The third floor features space for the to-be-named Centers of Excellence laboratories and the Department of Physiology/Pharmacology. The fourth floor is home to Carolina Liquid Chemistries and additional pre-built lab space for future private companies. The fifth floor houses the Piedmont Triad Research Park marketing center and offices and additional build-out space for private companies.

The project architects from Gaudreau, Inc. and the development team worked closely with North Carolina’s State Historic Preservation Office and the National Park Service on the historic review of the project and the criteria to be followed during the construction process. The Whiting-Turner Company served as the general contractor on the project.

The Wake Forest Biotech Place construction project has employed more than 1,400 individuals and 75 percent of that workforce is from the local Triad area. The project employed 28 minority/female-owned companies, about 12 percent of contracts.

In Forsyth County, the Research Park’s $201.7 million construction spending on the six buildings completed to date has generated a total of $313.3 million in economic activity supporting 2,897 jobs with a labor income of $120.1 million, according to the new Battelle Memorial Institute’s economic analysis. PTRP’s current tenant employment of nearly 1,000 and the estimated 450 jobs at Wake Forest Biotech Place will generate an estimated $298.3 million in economic activity in Forsyth County annually. Statewide annual economic activity from the Research Park will be approximately $339.1 million.

According to the Battelle analysis, construction in the Research Park, and the life sciences and technology-based businesses it attracts, will have a transformative impact on the city and county economy. Ongoing development of PTRP is a major catalyst for regional economic development and is a match to emerging trends and preferences in decisions about where to locate bioscience businesses.