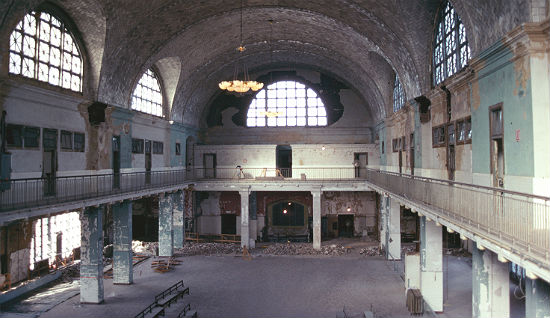 Why Missouri Should Preserve its Historic Preservation Tax Credits

This post was written by Kelly Bennett and cross-posted with Citiography.

Missouri, I know you’ve been walloped by decades of deindustrialization and now the Great Recession. You’re being forced to make some terrible choices when it comes to your state budget. On the chopping block is your historic preservation tax credit. It may seem trite to cry for the potential loss of this program. I mean, shouldn’t you be spending taxpayer money on schools and roads and bridges? Yes, but hold on a second. You need to think this through. Where are your historic structures? In the middle of your cities! For the last 50 years, people have been abandoning your cities for the suburbs. In the meantime, you’ve had to build new roads, install new water and sewer lines, build new schools, and take care of this more spread-out infrastructure. Those buildings in the middle of your cities are worth keeping around. Worth investing in. They’re your history. They don’t make ‘em like that anymore and it’s not going to be cheap to fix them. But it’s worth it. Here’s why:

2. This is the only thing that’s going to put building contractors back to work. How many new subdivisions have you seen going up? Shiny new strip malls? Me, neither. That’s because nobody’s buying. You know what some people are doing, though? They’re picking up old historic houses and commercial buildings for a song and fixing them up. You want to keep that going?

3. Jobs in historic preservation are local. When your average developer rehabs a building (if he doesn’t tear it down to begin with), he uses contemporary products. Let’s take the windows, for example. Do you want the contractor to buy 25 vinyl windows for this historic building? Let’s not even take into consideration how bad that would look, since the windows won’t be the right size for the building and you can never paint them and they’ll only last 10 years. Would you rather have a man in China making those windows, or would you rather hire a craftsman from Missouri to rehang the windows, fix a few broken pains and reglaze them? I’m going with the guy that pays taxes in Missouri.

4. People are buying the neighborhood, not just the house. They want to be able to walk to a corner store, ride their bike, sit on a front porch. They want sidewalks and interesting architecture. They want places where people feel invested in the future. Places they can be proud of. Your historic neighborhoods are all those things. Developers don’t build neighborhoods like this anymore, so you’d better preserve the ones you have.

5. Your cities and town governments like these neighborhoods because they’re cheaper to serve. They don’t have cul de sacs; they have grid street patterns that are cheaper to plow in the winter, they don’t get traffic backups, and they’re close to existing fire houses, police precincts, and schools. Their water and sewer systems are under-capacity since neighborhood population is way off its peak. And since people have been investing in your downtowns for the last decade or so, hopefully these neighborhoods are closer to work for a lot of people, too.

6. Historic buildings are energy efficient. Well, they are when you take into account where they are. Historic buildings, like I said, are in the middle of your towns and cities. They require less driving for the people that live there because they’re closer to downtown and, well, each other. Transit systems serve them easier and people can walk to their destinations easier. And have you ever considered the energy it takes to tear down a building and construct a new one? Stuff them with insulation and fix the windows and they’re as good as anything you can build today.