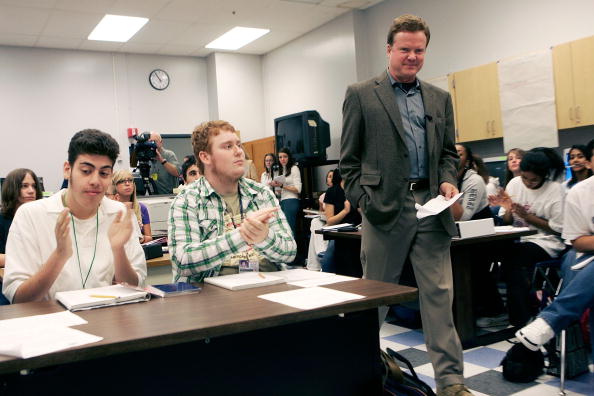 Sens. Jim Webb and Mark R. Warner, both Democrats, have introduced legislation that would allow for the rehabilitation of aging schools across the country though the use of historic tax credits.

If approved, the change to existing law would open the door for major school modernization projects at a significantly reduced cost to cash-strapped localities.

Similar legislation was introduced during the last Congress by Webb and Warner but failed to make it to the floor for a vote, as did an identical bill sponsored by Cantor in the House. But with a weak economy, high unemployment and steadily deteriorating schools, Virginia leaders hope it will gain traction this time around.

“The need to rehabilitate our nation’s historic schools is something that brings leaders from both parties together, drives revitalization in some of our most economically vulnerable neighborhoods, and will provide our students access to safe, modern schools,” Webb said Wednesday.

“This is a win-win-win,” Warner added. “It can put people back to work upgrading our schools, it will engage private capital at a time of limited public resources, and it should result in safer, modern school facilities for students.”

Called “The Rehabilitation of Historic Schools Act of 2011,” the legislation would offer tax credits to private investors who partner with localities to modernize schools so long as they qualify for historic designation, which in most cases requires the structure to be 50 years or older.

In theory, renovating schools with historic tax credits should already be common. When the Tax Reform Act of 1986 was passed by Congress, it was assumed that school buildings, like other historic structures, would qualify for rehabilitation tax credits.

But there was an unforeseen problem. A previously adopted IRS provision called the prior-use rule blocked credits from being applied toward projects being modernized for the same use, like school-to-school renovations.

In the mid-1990s, Kaine, then Richmond’s mayor, found a loophole to transform Maggie L. Walker High School into a governor’s school. By changing its designation from a local school to a regional magnet school, Kaine was able to take advantage of the federal tax credits and attract investors and save the city millions of dollars.

While working on his “City of the Future” plan as chief of staff for then-Richmond Mayor L. Douglas Wilder, Goldman sought to build on Kaine’s idea but realized that the prior-use rule would need to be eliminated for it to work.

The legislation put forth Wednesday by Webb and Warner would do exactly that, allowing localities across the country to save an average of 33 percent on school renovations.

Nationwide, about 30,000 schools are old enough to be considered for historic designation and therefore modernization through tax credits. An architect’s study two years ago estimated that almost 500 schools in Virginia could qualify and more than five dozen schools in the Richmond area, nearly 40 in the city alone.

“This is exactly the kind of assistance the city of Richmond needs, given our stock of older school buildings,” said Mayor Dwight C. Jones. “Our old schools have great bones, and they could be made to last even longer, with the right financial incentives.”

“This bill doesn’t cost localities or the federal government any money upfront, it makes previously unaffordable school renovations a reality, and it will put Americans back to work at a time when so many are seeking good paying jobs,” Kaine said.

In a rare instance of agreement in an otherwise contentious U.S. Senate race for the seat being vacated by Webb, Allen agreed with his opponent.

“This initiative will free up billions of dollars for local communities to use in modernization and renovations without raising taxes or adding to the national debt,” said Allen, who has advocated the approach for years with Goldman.